This new note will be used regularly from next year. 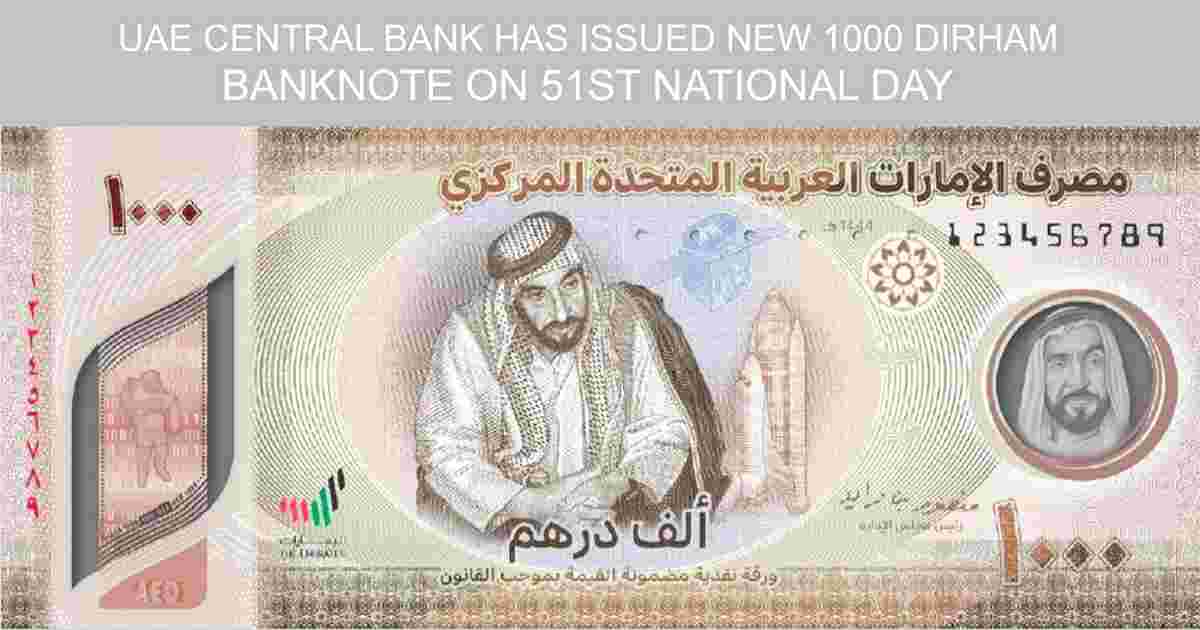 United Arab Emirates is celebrating the 51st National Day today and the central bank has issued a new note of 1000 dirhams on this occasion. This note will be used regularly from next year.

The UAE’s new 1000 dirham note pays tribute to the country’s founder, Sheikh Zayed bin Sultan Al Nahyan. While the space program has also been highlighted in the new note.

The new 1000 aed note has a picture of Sheikh Zayed, the country’s first president. Along with him, the space shuttle model is prominent in the note. While the picture of Major Hazza Al Mansouri, the first astronaut of the Emirates, is also included.

The design of the new currency note is derived from Sheikh Zayed’s landmark meeting with NASA officials in 1976. In this meeting, Sheikh Zayed expressed his determination to give UAE a place in the global space race.

The new note also includes a diagram of the Barakah Nuclear Power Plant. The plant has been shown to run on renewable energy. Today, after 46 years, the UAE is developing rapidly in the space sector.

In 2019, Major Hazza Al Mansouri was the first Emirati astronaut to travel to space. In February 2021, the United Arab Emirates launched the Arab world’s first mission to Mars.

How to convert UAE visit visa to employee visa?

Follow these steps if you want a job in UAE

Employees in the UAE demand a 10% increase in Salaries

What is “Entrepreneurship Leave for Self-Employment” in the UAE