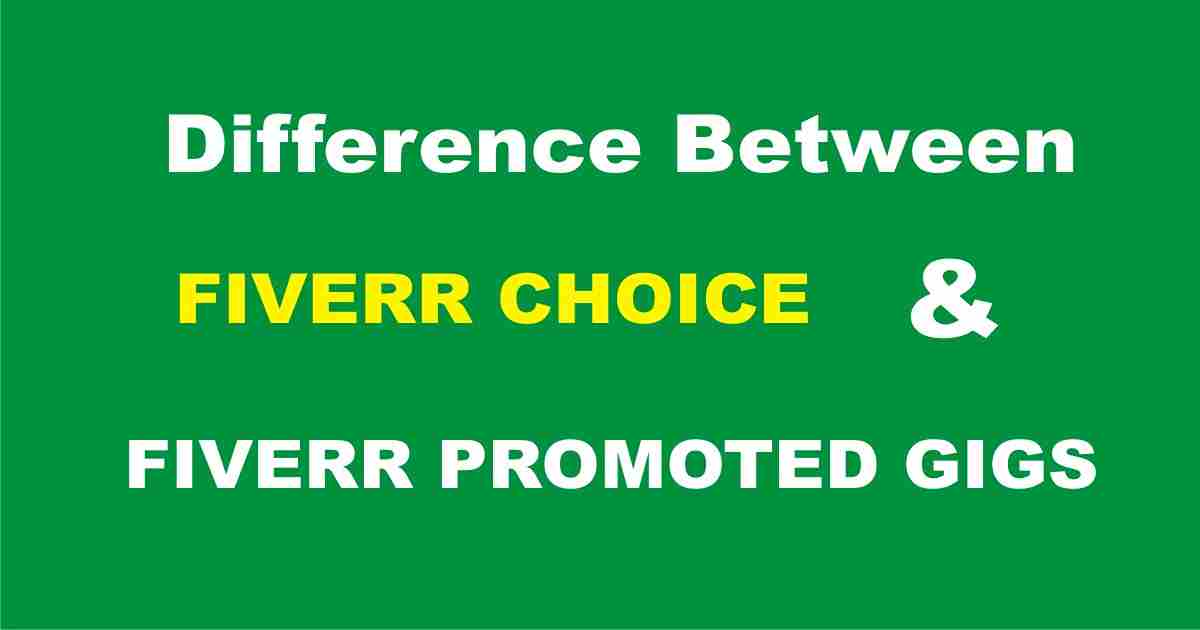 Fiverr has two methods to promote its honest sellers. One is Fiverr Choice and the other is Promoted Gigs. Many sellers are exploiting these two options to increase their orders.

What is Fiverr Choice and its requirements?

Fiverr internal system keeps checking the progress of its sellers. It decides the worth of sellers by 5 star positive rating, Cancelled orders ratio, Order completion percentage, on-time delivery and private feedback which buyers give to fiverr.

Those sellers who are good in above mentioned points get “Fiverr Choice” reward which means fiverr shows those sellers’ gigs on top of all other gigs. It results in more orders as buyers know that sellers having Fiverr Choice lable are doing great job. It is a free of cost promotion and makes fiverr unique among freelance apps.

What are Fiverr Promoted Gigs and Requirements

Fiverr Promoted Gigs is a paid promotion of any gig by fiverr shows the promoted Gig on top to reach more customers.

It is not available for all gigs and only those gigs which are having great impressions and views are eligible to be in Promoted Gigs promotion.

In this promotion, Fiverr charges per click and impression are free of cost. Fiverr cuts that spent money from your earning. Alternatively you can add Meezan bank or any other bank card to pay for the promotion. While attaching bank card, make sure its international transaction must be allowed.

Both promotions are great to reach new clients and sellers never miss the opportunity to boost their business using these options.

What Happens with Promoted Option if the Gig is Removed?

If your gig is removed by fiverr because of some policy violation, fiverr stops it promoting. Instead there is a written statement “ineligible to be promoted” can be seen in promoted gig option. Don’t be sad if it happens to you and work on new gigs. Soon some other gig will be eligible to be promoted.