Showbiz community reacts over the murder of Arshad Sharif 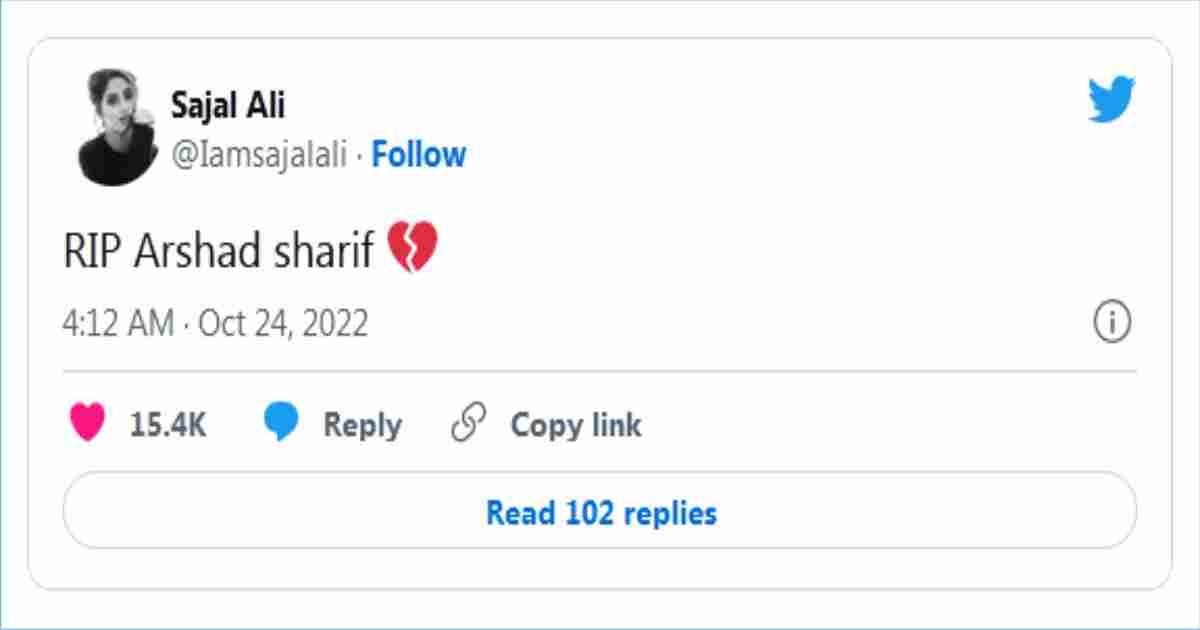 The showbiz community is also in mourning over the death of anchor Arshad Sharif. According to the details, senior journalist Arshad Sharif, who has many local and international awards including Anchor Person, Husn-e-Karkardgi Medal, was shot dead in Kenya last night.

As soon as the news of the journalist’s death came late at night, the family and the showbiz industry were also in grief.

Actor Muneeb Butt also expressed his uncertainty over the sudden death of the senior journalist and vowed to always be his fan.

Actress Azika Daniel shared a picture of Arshad Sharif on Instagram and expressed her sadness.